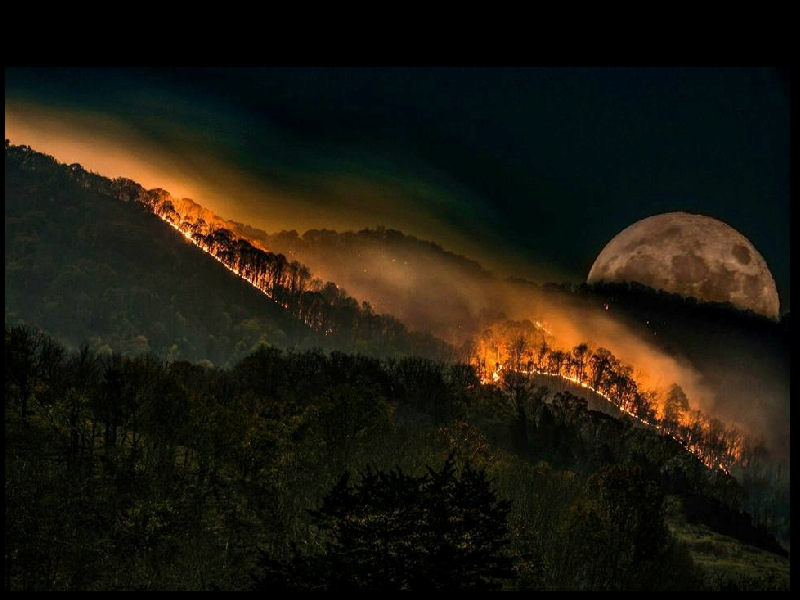 There will be a total eclipse of the moon. Things get underway at 8:36PM CT, when the Moon enters Earth’s penumbra, or the outer part of the shadow. At that time, the Moon will start to dim, but only slightly. About an hour later at 9:33PM CT, the Moon starts to enter the umbra, the bulk of Earth’s shadow. That’s when things get juicy, because it will look like half of the Moon has disappeared. Then an hour after that, if you’ve managed to stick it out for that long, the full Blood Moon will emerge at 10:41PM CT.  During the eclipse, the Moon will turn a creepy shade of red, which is why these events are often referred to as Blood Moons. This particular eclipse is even more special than usual, as the Moon will be a tad closer to us than it normally is. This will also be a super moon, The name just means that this is a full Moon that will be at its closest distance to Earth on its trip around our planet. See, the Moon doesn’t revolve around Earth in a perfect circle, but more of an ellipse. That means its distance from Earth changes throughout its orbit. Supermoons are when the Moon is about 225,744 miles, or 363,300 kilometers, away. That makes them appear about 14 percent bigger and 30 percent brighter than your average full Moon.